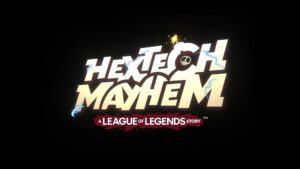 Gamers are always on the lookout for fresh content and new engaging playstyles. Novel gameplay ideas spread like wildfire and generate incredible hype. But when a popular franchise becomes part of the equation, the market goes absolutely nuts. Riot Forge’s upcoming release tells the story of demolition master Ziggs from League of Legends. In this musical platformer, players have to navigate side-scrolling levels and blow stuff up. The promotional materials look very promising, so the community is super excited. LoL fans cannot wait to download Hextech Mayhem and play the online game’s spinoff. But is there a way to enjoy the experience without installation? After all, it resembles a casual title not too dissimilar from common smartphone apps. Learn the answer to this and other burning questions regarding the future hit below. 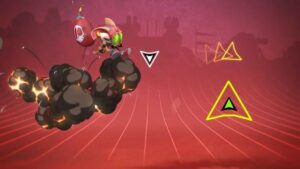 Many people already know the protagonist from the roster of the famous MOBA. The self-proclaimed hexplosives expert specializes in weapons of mass destruction. But this iteration showcases the champion’s artistic side. The combination of rhythm-based action and the endless runner is quite unique. And the overall quality is top-notch which is unsurprising, considering the studio’s track record. According to the creators, newcomers can expect the following:

Based on the description, this addition is going to be an absolute banger. And it is clearly intended for a wider audience not necessarily familiar with the setting. 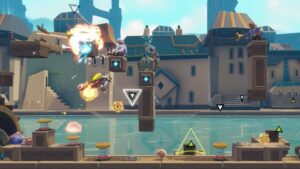 The developers intend to publish their brainchild on several major platforms. It will become available on Steam, Epic, GoG, Nintendo Switch, and Netflix on November, 16. Currently, there are no plans to create a browser-friendly edition. However, there is still hope for PC enthusiasts. There have been precedents when reputable companies ported their products to different systems after launch. And given its presentation style, this adventure could work very well on mobile. Whether the team behind the project chooses to pursue that segment remains to be seen. But if that happens, modders are likely to put together an HTML5 alternative.

The idea of reverse-engineering Hextech Mayhem to play online sounds fun. But the legality of it depends on the implementation. Of course, an official installment optimized for Internet clients would be preferable. Unfortunately, there are no guarantees that it will ever see the light of day. For now, check out the core version when it’s out and stay tuned for updates.